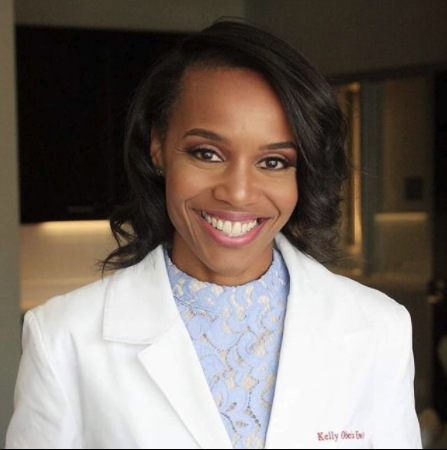 From 2007-2013, Dr. Elmore served as the Assistant and Interim Department Head for Obstetrics and Gynecology at NH Camp Pendleton. During this time she was the medical liaison for labor and delivery and the lead women’s health consultant for the John Hopkins University Applied Sciences Lab OBGYN Process Improvement Project. She co-authored research on The Prevalence of Peripartum Depression in Military Families, which was presented at the 2011 Academic Research Competition and published in the October 2012 Journal of Military Medicine.

2016-2018 Dr. Elmore was competitively selected for the Director of Health Care Business at NH Camp Pendleton. Her team has bridged the clinical and administrative gap within Southern California Market. The directorate developed a MOU with the Veteran’s Administration of San Diego, implemented DHA guidelines prior to the 2017 and 2018 instructions. Recognized as a leader in Navy Medicine in clear and legible reporting, unification of the So Cal market referral management and a best practice site for utilization management. Dr. Elmore, created and became the inaugural Director, Marketing and Branding, a 12 person diverse multi-disciplinary team of active duty, GS and contractors. This team has been integral in the verbal, on-line and face to face communication with NHCP’s 151,000 eligible beneficiaries and the implementation of high visibility programs that engage over 5,000 beneficiaries monthly.

Dr. Elmore has been a featured speaker at NHCP Women’s History Month, Marine Corps Camp Pendleton Sexual Assault and Rape Prevention symposiums, and the Navy Region Southwest Black History Month program. While in Guam, she was a subcommittee chair and panelist for the Inaugural Joint Marianas Women’s Leadership Symposium.

Dr. Elmore celebrated the release of a joint service and multi-disciplinary co-authored book, Perinatal Mental Health and the Military Family and was recognized by the Secretary of Defense, Office of Diversity Management and Equal Opportunity. She has received the Military Health Service Navy Junior Officer Female Physician Leader of the Year award and the Women of Color, National S.T.E.M. award for military scientists. Her military decorations include the Meritorious Service Medal, Navy Commendation Medal (3), Coast Guard Meritorious Team Commendation, Outstanding Volunteer Service and Global War on Terrorism.