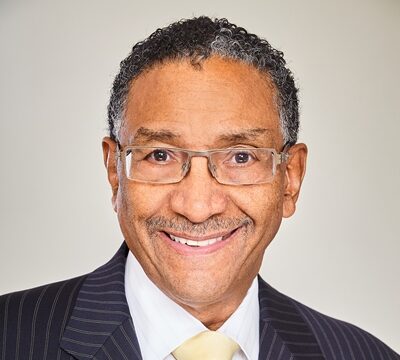 Dr. Rodney Hood is an honor graduate from Northeastern University School of Pharmacy in Boston earning a BS degree in Pharmacy then enrolled at the UCSF Graduate School of Pharmacology and Toxicology Doctorate program for a year before transferring to the University of California San Diego School of Medicine where he received his MD degree. He then completed his internship and residency in Internal Medicine at UCSD University Hospital becoming a Diplomate of the American Board of Internal Medicine and is a Fellow in the American College of Physicians (FACP).

After 40 years in medical practice in Southeast San Diego as a board-certified physician of Internal Medicine in Careview Medical Group, he recently merged his medical practice with San Ysidro Health Centers. He co-founded and became president of an Independent Physician Association (IPA), the Multicultural Medical Group consisting of over 150 primary care physicians and 200 specialists managing health plan and provider contracts. The IPA managed health services to over 25,000 enrollees mostly from underserved communities. In 2012 Dr. Hood spearheaded a $1.2 million CMMI Healthcare Innovation Challenge Award that implemented a community-based social-clinical intervention strategy utilizing the “hot spotting” model referred to as the Patient Health Improvement Initiative (PHII) that focused on high utilizers of emergency rooms and hospitals and demonstrated cost savings of $15 million over 3 years.

Dr. Hood has been an active member in organized medicine including the CMA, AMA, AMA-MAC, and American College of Physicians being honored as a Fellow (FACP). However, his passion for medicine has been expressed through his decades long membership in the National Medical Association (NMA) serving as president of the local San Diego NMA affiliate, Golden State Medical Association president, then served as chairman of the NMA board before being elected as the 101st President of the NMA. He has received many prestigious awards including being honored by UCSD Alumni Award for Excellence as the Outstanding Alumni for Professional Achievement in 2003, the CMA Foundation Adarsh S. Mahal, MD, Access to Health Care and Disparities Award, and the AMA Foundation Pride in the Profession Award. He remains socially active with membership in the Alpha Pi Alpha and Sigma Pi Phi Boule fraternities.

Over the past 30 years Dr. Hood has researched and lectured extensively on the historic aspects of race, ethnicity, genetics, and racism in medicine and the impact on today’s health inequities. He currently serves on several foundation boards that are focused on solutions to eliminate health inequities. He is the president of the Multicultural Health Foundation in San Diego, serves on the board of the Alliance Healthcare Foundation which is a philanthropic foundation financially supporting non-profit organizations serving underserved communities in Imperial and San Diego Counties, past chair of the W. Montague Cobb/NMA Health Institute, serves on the Editorial Board for the Journal of Racial and Ethnic Health Disparities and was appointed by the mayor of the City of San Diego to chair the San Diego Gang Commission for Prevention and Intervention focused on instituting trauma informed principles with law enforcement agencies for at risk youth.

In March 2020 with the start of the coronavirus pandemic, Dr. Hood spearheaded the formation of the Covid-19 Equity Task Force in San Diego, then helped establish the NMA Covid-19 Vaccine Task Force serving as a organizational trusted messenger for the Black / African American and other underrepresented communities, and recently was appointed by the California Governor Gavin Newsome as a member of the California Scientific Safety Review Workgroup to evaluate and render independent recommendations for the safety and efficacy of approved vaccines.