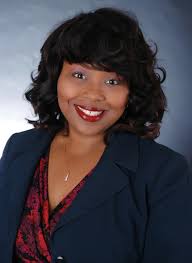 Public service has long been important to the Cal State Northridge graduate. Prior to serving on the Lemon Grove City Council, Mayor Vasquez was an active Lemon Grove community member, serving in various community groups, associations and City task forces. This is where her passion for public service grew.

Mayor Vasquez has worked in City government, as a professional, for more than 20 years in public relations. She prides herself on putting people and community first.

Mayor Vasquez has been married for 26 years and has two daughters.